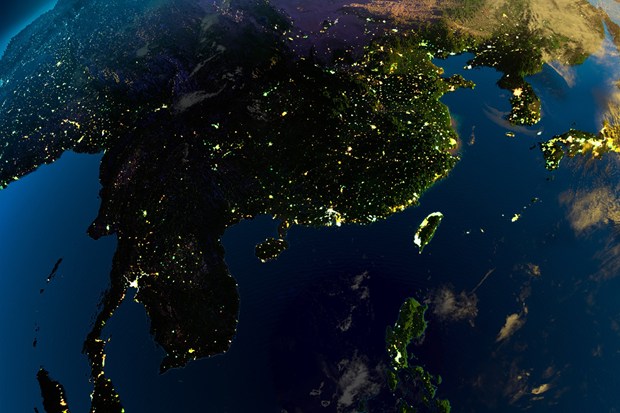 Traveling to another country can be such a whirlwind of emotions, both positive and negative. I know that in my experience, I underwent a full range of sentiments when confronted with an opportunity to work in Asia: a combination of excitement and anxiousness paired with curiosity and incredulity. Moreover, I remember that in the exact moment my travels were confirmed, I instantly turned to my laptop, looking for anything and everything I could find about Chinese culture and society.

Where was I going? What was there to see? How could I prepare myself to live in this foreign country?

Just the immense size of China can be intimidating to the inexperienced eye, leading those of us who seek information toward a never-ending spiral of Internet statistics and Google images.

Here is a short manual on China’s geographical divisions—provinces, autonomous regions, and special administrative regions—to better prepare you for where you will be living and the basic geopolitical structure of your new home!

The People’s Republic of China (PRC) is the fourth largest country in the world based on its total land and water area. Because of its size, the climate is also extremely diverse, as it ranges from subarctic temperatures in the northern provinces to more tropical climates in the south. In this aspect, it is very similar to the United States’ topography and climate, as it encompasses a variety of temperatures and terrains. For example, to the west are mostly mountains, plateaus, and deserts, while in the east, one is more accustomed to seeing grassy plains and hills. 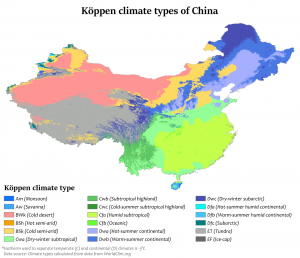 Based on the climatic and topographical complexity of this region, one can only envision the difficulty in governing such a vast territory. Furthermore, China is also a country of over 1.3 billion inhabitants: a number that represents almost 20% of the world’s population.

These numbers may seem daunting, but the Chinese government has organized their country into an efficient ruling system, dividing the 9,596,960 km2 area into twenty-three provinces, four municipalities, five autonomous regions, and two special administrative regions.

The twenty-three provinces of China are led by various provincial committees, and are directed by secretaries and administrators from the Central People’s Government. In the image below, the regions highlighted in yellow represent the provincial divisions and their corresponding capital cities. 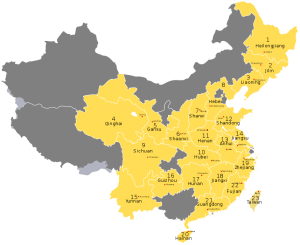 One of China’s most distinct provinces—Taiwan—possesses a unique culture that encompasses the traditions and customs of many ethnic groups. Linguistically, most Taiwanese speak Mandarin or other dialects such as Minnanese or Hakka. There are also older generations that still speak Japanese because of the Japanese occupation in the early 1900s.

While Taiwan lies only 180 kilometers away from mainland China, there are some very distinct cultural and political contrasts that differentiate the Taiwanese from mainlanders. Because of the geographical and cultural differences between the two, there are slight variations in accents, pronunciation, and character writing. For example, Taiwan maintains the traditional characters, whereas mainland China follows a more simplified system. Some words even tend to have different meanings, creating some confusion in daily interactions and communications amongst the two groups.

Taiwan also possesses a similar political autonomy to that of the SARs—Hong Kong and Macau. The island is a representative democratic republic with a president and a premier, but maintains a provincial committee in Taipei.

This island is viewed as the home of many different cultures, as it houses:

Consequently, the majority of the population is divided into the ethnic groups listed below:

The other areas marked in gray (in the map above) represent the Chinese autonomous regions and municipalities. Municipalities are directly controlled by the government, and possess a similar status to the Chinese provinces. Beijing, Tianjin, Shanghai, and Chongqing are the four municipalities in the country, representing some of the biggest cities based on population size, as well as some of the greatest economic powerhouses in the PRC.

After the municipalities, there are the culturally and ethnically diverse autonomous regions. These territories include Xinjiang, Tibet, Inner Mongolia, Ningxia, and Guangxi. They all have a prominent ethnic minority population and possess their own local government. In addition to this, the governor of each region is appointed by a minority ethnic group and the areas are overseen by the Chinese national government.

If you are interested in traveling to Tibet or Xinjiang, it would be best to plan in advance and to attain the correct documents to visits these regions. For travel to the Tibet Autonomous Region, one must apply for a specialized permit with Chinese travel agencies and coordinate organized tours for their stay in Tibet. Additionally, if one desires to visit the Xinjiang Autonomous Region, you must take note of the travel restrictions in certain areas, as well as maintain a valid passport and Chinese visa.

Here are some excellent guides that detail the travel processes for these regions: 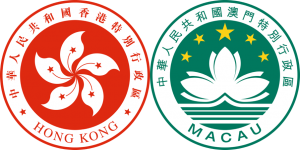 Lastly, we have the SARs of the People’s Republic of China: a Special Administrative Region of the People’s Republic of China (SAR) is a sovereign territory of China, but is administered under the Central People’s Government. At present, there are two SARs in China—Hong Kong and Macau—with each one possessing a Chief Executive Director, as well as a head government leader. Overall, these two regions have great levels of political autonomy and maintain independent immigration policies, but are managed directly by the PRC’s government on foreign affairs and national defense matters.

These two geopolitical divisions are based on a “One Country, Two Systems” policy presented by the Chinese government. This system was developed to reintegrate the two European colonies into mainland China, as Hong Kong was transferred back by the British in 1997 and Macau by the Portuguese in 1999. The “two systems” mainly refers to the cooperation between the capitalist systems present in Hong Kong and Macau, and the socialist system in mainland China. They also have their own legal, political, and economic systems that allow for greater degrees of sovereignty, as outlined by Hong Kong’s Basic Law and Macau’s Basic Law.

Remarkable Facts about the SARs:

While this post only briefly outlines the great complexity of the PRC’s geopolitical divisions, it gives some insight into the governing structures and geographical complexity of the Chinese territories, allowing visitors to better understand their new homes and accommodate themselves into Chinese society.